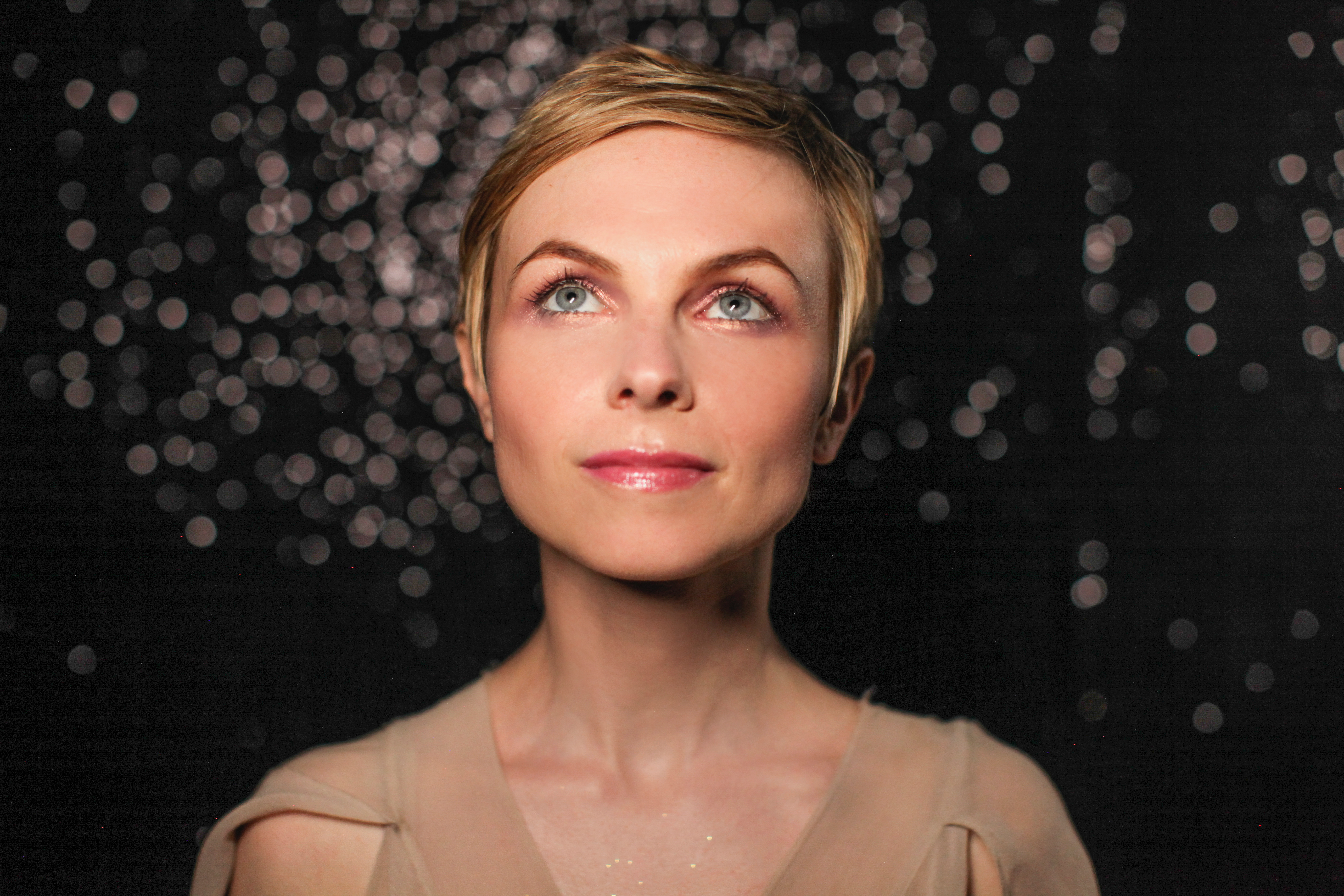 Possessing an airy, light voice with a sly touch, jazz vocalist Kat Edmonson brings both the songs and the sensibility of the Great American Songbook into the 21st century. A Texas native and Brooklyn transplant, Edmonson forged her sound performing in small rooms and clubs before touring worldwide and performing with Lyle Lovett, Chris Isaak, Jaime Cullum and Gary Clark, Jr. In less than a decade since, Edmonson has emerged as one of the most distinctive performers in contemporaryAmerican music. As a child, Edmonson latched on to old black-and-white movies while watching FredAstaire and Ginger Rogers fall in love through snappy, song-and-dance numbers. She also spent hours combing through her mother’s record collection featuring soundtracks to old musicals, jazz standards, and big-band hits. Although she draws inspiration from classic Hollywood movies and a bygone time, Edmonson does not reflect too heavily on the past, often saying in interviews that she is grateful to be here today, in this day and age. Her music that has that 1930’s, ‘40s, and ‘50s flair but her own songs are of modern love and life (and the occasional woe of technology with lyrics like, “Are you tired of being assailed by barrages of emails, and are pop-up ads destroying your morale?”

Her first three albums all exude a twinkly throwback charm, taking form in jazz-cabaret, folksy indie, and vintage pop. Her independently produced debut album “Take to the Sky”(2009) drew on America’s timeless Tin Pan Alley songwriters, Gershwin, and Cole Porter, and ended up on the Top 20 of the Billboard jazz charts. A critic for the Boston Globe called her second album “Way Down Low”, “one of the greatest vocal albums I’ve ever heard.” Her third, “The Big Picture”, took greater advantage of her songwriter abilities. A critic for NPR noted, “She’s a savvy student of ‘60s film soundtracks, jazz-pop stylists, and Brill Building songcraft.” The Austin Chronicle wrote that her songs emerge “fresh and dewy…Edmonson’s voiceswells and dips and weaves with effortless precision, arresting without belting.”

Her latest album, “Old Fashioned Gal”, is rich in affection for the past but bracinglyalive in the present. In it, Edmonson tells a story-a classic Hollywood “movie” that took shape in Edmonson’s imagination as she began to write. These songs have all the feeling and the craft, even the entertaining bounce, of the Great American Songbook, from Irving Berlin to Joni Mitchell but they are unmistakably Kat Edmonson’s songs, taking the full measure of her own voice. The inimitable voice in which she sings is a musical prism, crystalline and precise, refracting and transforming what shines through it. The voice in which she writes is clear, intensly aware and to the point-an “old fashioned gal” in the here and now.

To hear and learn more about Kat Edmonson, visit https://www.epsteinco.com/katedmonson/

Please take a minute and send us a note, we would love to hear from you. Your feedback and suggestions are VERY important to us and they help us serve the community better.
Get In Touch
Copyright Vermont Arts Exchange - All Rights Reserved.     Site by AoC
Back To Top