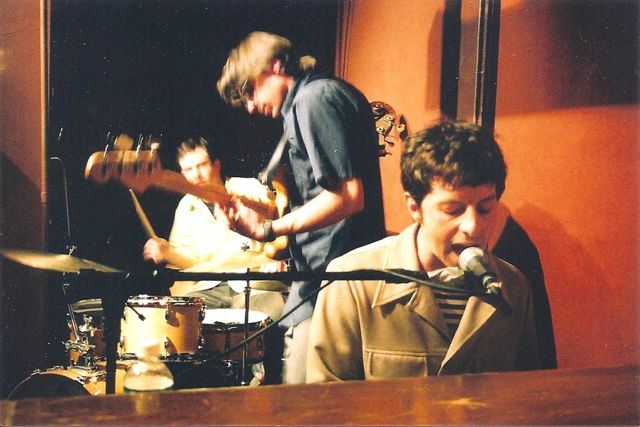 BENNINGTON — Back for another round, The Citizens will take the stage at the Vermont Arts Exchange (VAE) Basement Music Series on Saturday with their dynamic range of lyrical stories.

Experimental rock, or avant-rock, is a genre difficult to identify The Citizens with their diverse background and nontraditional approach are not the type to take a group photo in front of a brick wall with their instruments, guitarist Thom Loubet said.

Following him is Jason DiMatteo who plays the bass and John Bollinger who bangs the drums. The two have known each other since grade school and provide The Citizens with a rock, r&b, and jazz core.

The Citizens came together in 2003 in New York City and released their first album “Are We There Yet” the next year. The song “What’s Happening At The Seams” might make one feel like experiencing a mysterious journey through space with some twang, while “Clementine” has softer instrumentals with a soprano serenade.

Loubet grew up in New Mexico, then went to live in New York City before coming to Bennington. He has played guitar since 1985 and has enjoyed combining his city family with his Vermont family for their show last year and can’t wait to do so again.

“I think it’ll be a lot of fun and it’ll be unlike any show we’ve done before because everybody’s different and we’ve done our best,” he said. “Things are a little scary in terms of the song structures might fall apart or one of us might do something new and join in on it, but we have a fairly unique combination of improv moments and very structured and composed moments.”

Loubet has toured with Alice Smith, Tamar-Kali, Burnt Sugar and Nu Afrika, to name a few.

The band also includes Mark Lesseraux, the lead singer, who was a part of the psych/pop trio Lazy Susan circa 1999.

“It’s [inspiration] often more of a theatrical dramatic thing. We might just do a piece about a story or about a character,” Loubet said. “We do some songs about people losing their mind and what that experience is. We don’t tend to do songs like The Beatles’ love songs as much as portraying a scene.”

He added that other inspiration comes from 70’s psychedelic music as well as 80’s punk such as David Bowie, The Pretenders or Radiohead. The Citizens’ second album,

In conjunction with the silhouette album cover visual, Loubet said the band name is something they’ve struggled with for a while, but settled on the communal and vagueness idea of it.

Tiny Mix Tapes reviewed their first album in 2006 and said, “The Citizens have blended a poignant and fascinating, personal self-image of professional musicianship that elevates the band to unanticipated captivation. The vocals on the entire record showcase the strength of the music of the band; persuasive, robust, passionate, resilient, melodic, etc.”

The Citizens will perform at the Masonic Hall on 504 Main St. Tickets are $18 and for students $10 and can be purchased at brownpapertickets.com. Doors open at 7 p.m. and the show starts at 8 p.m.